Back to Blog Posts
Next

How to Help Your Friend Through Divorce

How to Help Your Friend Through Divorce

One of the reasons I haven’t wanted to talk to anyone but my closest friends about my divorce is because I don’t want to hear what most people have to say. Very few people are adept at responding to unhappy personal news with on-the-spot candor and grace; most people know well enough to furrow their brow and say, “I’m sorry,” before becoming uncomfortable immediately thereafter. Our intentions are good (we don’t want to say too much or too little), but the result is frequently superficial if not outright alienating.

It’s not like there’s a perfect universal script we can adopt to respond to every divorce we encounter among our friends, family members, and acquaintances. Still, I know there are things I would have liked to hear when my breakup was fresh and things I want to do better if (and when — I’m sorry, I’m only speaking statistically) friends of mine get divorced down the road. And while we don’t yet have great data, all available evidence suggests the pandemic did a number on marriages and has, in some cases, made the divorce process even more unpleasant. Especially now, we could all afford to know more about how to be gracious and supportive during a friend’s divorce. Here’s what relationship and divorce experts suggest. 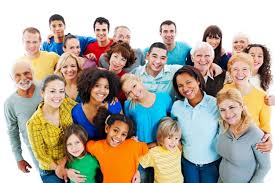 While divorce is often difficult and painful, that doesn’t necessarily mean the person experiencing it considers it a tragedy or even an unwelcome outcome. If you go in too hard with your sympathy, you risk coming off condescending. Elise Pettus, the founder of UNtied.net, a divorce resource site geared toward women, says lots of divorcées tell her excessive condolence makes them “feel like they just got a terminal illness diagnosis and they’re going to be gone in six months.” Divorce is hard enough without feeling like you’re being pitied or as if your life is over.

“Coming from a place of curiosity is better than assuming it’s a tragedy and that they deserve buckets and buckets of pity,” adds Pettus.

You’re not psychic, so it’s okay to lead with questions, says Matt Lundquist, founder of Tribeca Therapy. If you’re close enough to the person going through a divorce, Lundquist suggests asking them how they’re doing, how they’re feeling, and if they’d like to talk more about it. You should expect that your friend might not want to talk about it now, but if you’ve asked them if they want to — rather than assume they do — they’re likely to remember that down the line when they do feel like talking.

Rarely have I had as many plans with friends as I did in the first few months after my breakup, and while I remember initiating some of those plans myself, just as many were thoughtfully orchestrated by my friends. Simply having something to do with other people is essential when you’re going through a divorce or breakup, and one of the best things you can do as a friend is just to show up. “I think the most helpful things people did for me were to ask me to lunch, drop by for tea, and just offer a place to be,” says Pettus. “My first weekend without my kids, I knew it was going to be hard. I had a friend who was a doctor in the South Bronx ER, and I said, ‘I don’t know, could I just trail you on Saturday night?’ It was such a great distraction in the best way.”

Here, as in most cases, it’s best to be proactive rather than passive; saying “let’s hang out” is nice but less likely to result in actual plans than a specific invitation in the short-term future. It doesn’t need to be anything major, and sometimes the thing that allows your divorcing friend to stay in sweatpants is better: Offer to come over for takeout or ask them to join you for a weekend errand. The activity is less important than your friendly presence and support.

People going through a divorce likely have a lot of logistics to deal with and, sometimes, very little motivation to deal with them. Maybe they have to move; maybe they have finances to sort out; maybe they need extra help with child care. Here is where the well-resourced friend can really shine. If you can provide social support in practical matters, you can help your friend feel more competent, which is hugely important after a major life change like divorce, says Erica Slotter, co-author of F*ck Divorce: A Science-Based Guide to Piecing Yourself Back Together After Your Life Implodes. “Say, ‘Okay, you need to figure out how to handle your finances as a single person — I have a great financial adviser, I’ll give you his number,’” she says. “Or, ‘Let’s sit down over a glass of wine and talk budgets.’”

This is also an opportunity to introduce your friend to other divorced people in your social circle, says Pettus. “I remember people I didn’t know very well inviting me to lunch and saying to me, ‘I actually know this woman, Linda, and she got divorced, and she’s doing so well,’” she says, “That was really helpful, but what I really would’ve loved was, “I know this woman, Linda — she’s divorced and she’s doing really well. Why don’t I connect you?’”

Help your friend rediscover themselves

People in couples tend to assume a kind of joint identity, and sometimes it’s hard to know who you are without the person you’ve spent the last X number of years sharing your life with. One of the great things friends can do in this situation is to help their newly single friends rediscover who they are, says Slotter.

“Having a strong, clear sense of your own identity is really important for well-being,” she explains. “The spring after I got divorced, I went to France for two weeks with one of my best friends. Getting out there and reestablishing who you are without your partner present is really important.” Of course, you don’t need to take your divorced friend to France (though my friends are encouraged to offer), but if you can try to do something new with them, it’s all the more likely to help them reconnect with (and maybe learn new things about) who they are.

In the same spirit, you can help your divorced friend feel empowered by reframing their divorce as an act of bravery, says Pettus. “It takes incredible courage to basically have to reckon with your past, reckon with your history, and move forward,” she says. When you think of your friend that way (rather than someone you feel sorry for), you’re better able to help them see themselves that way, too.